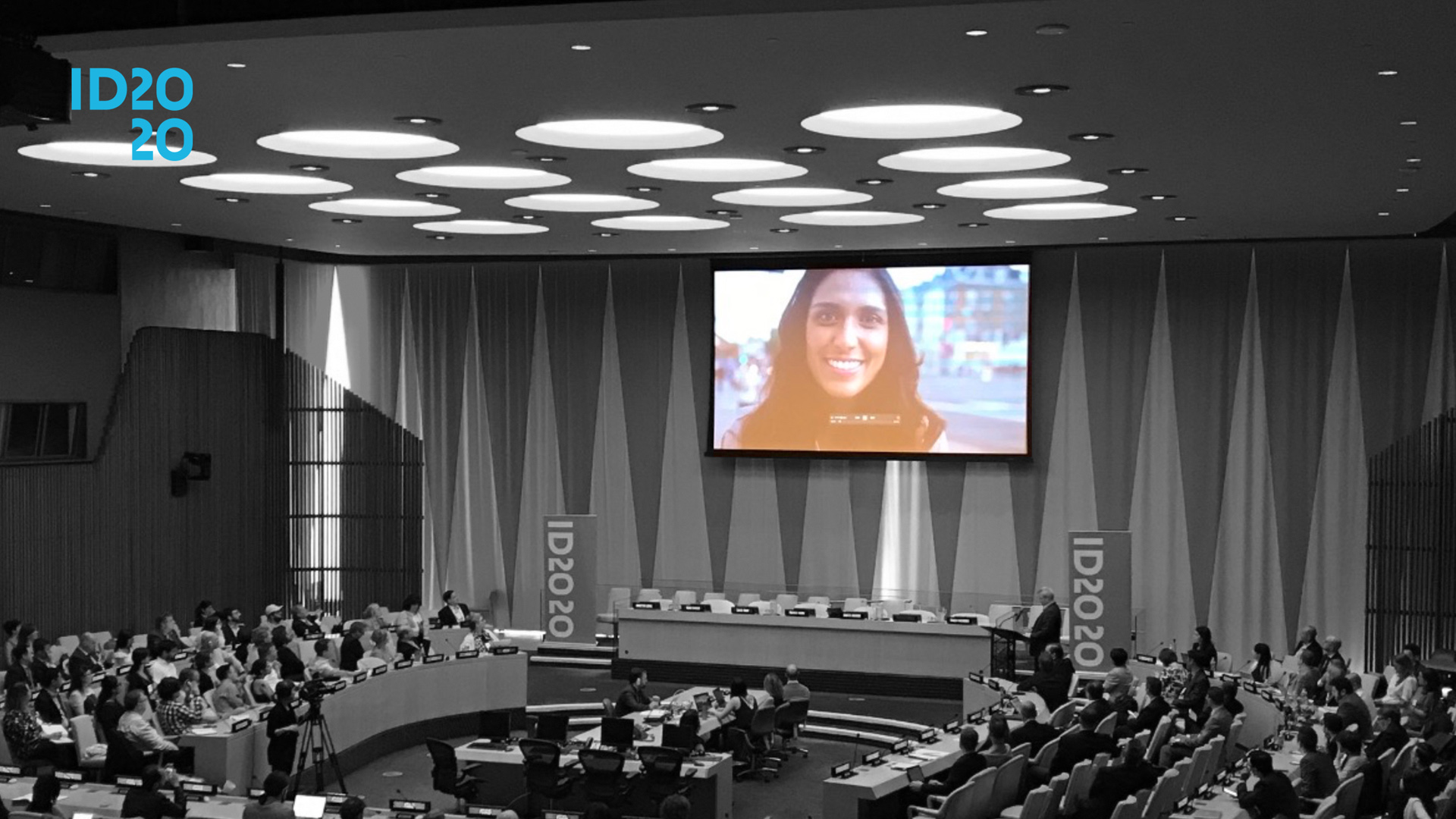 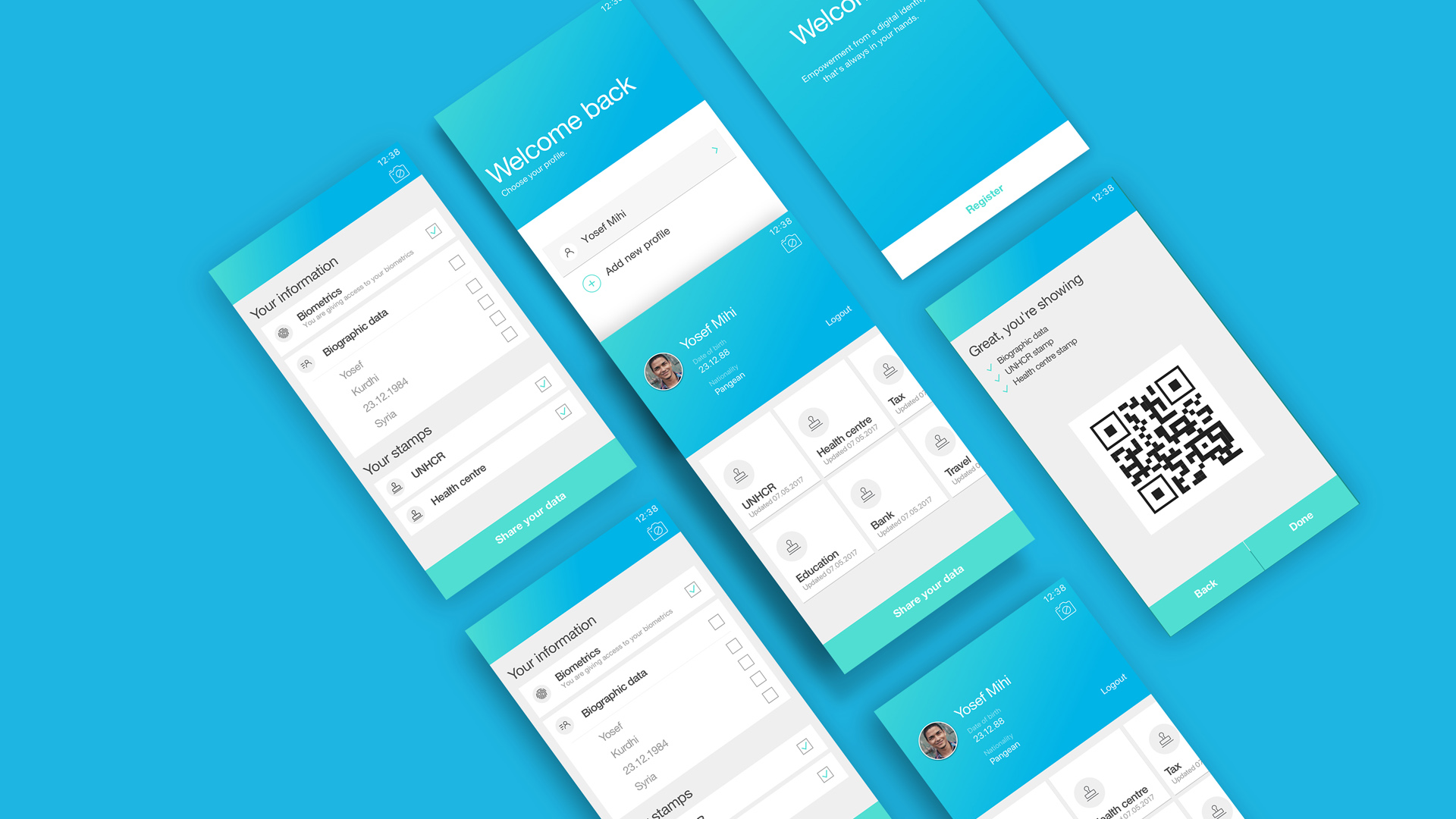 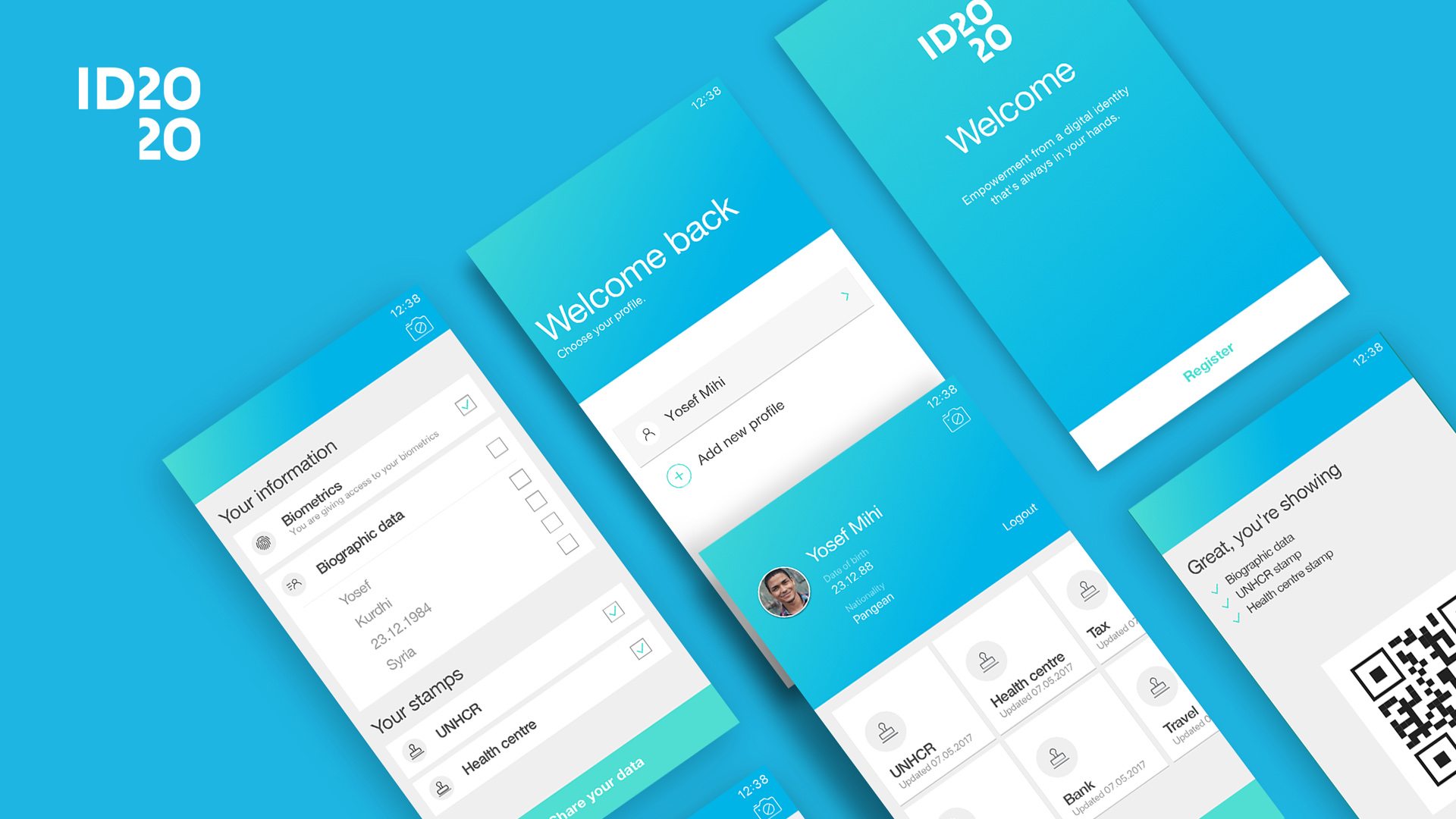 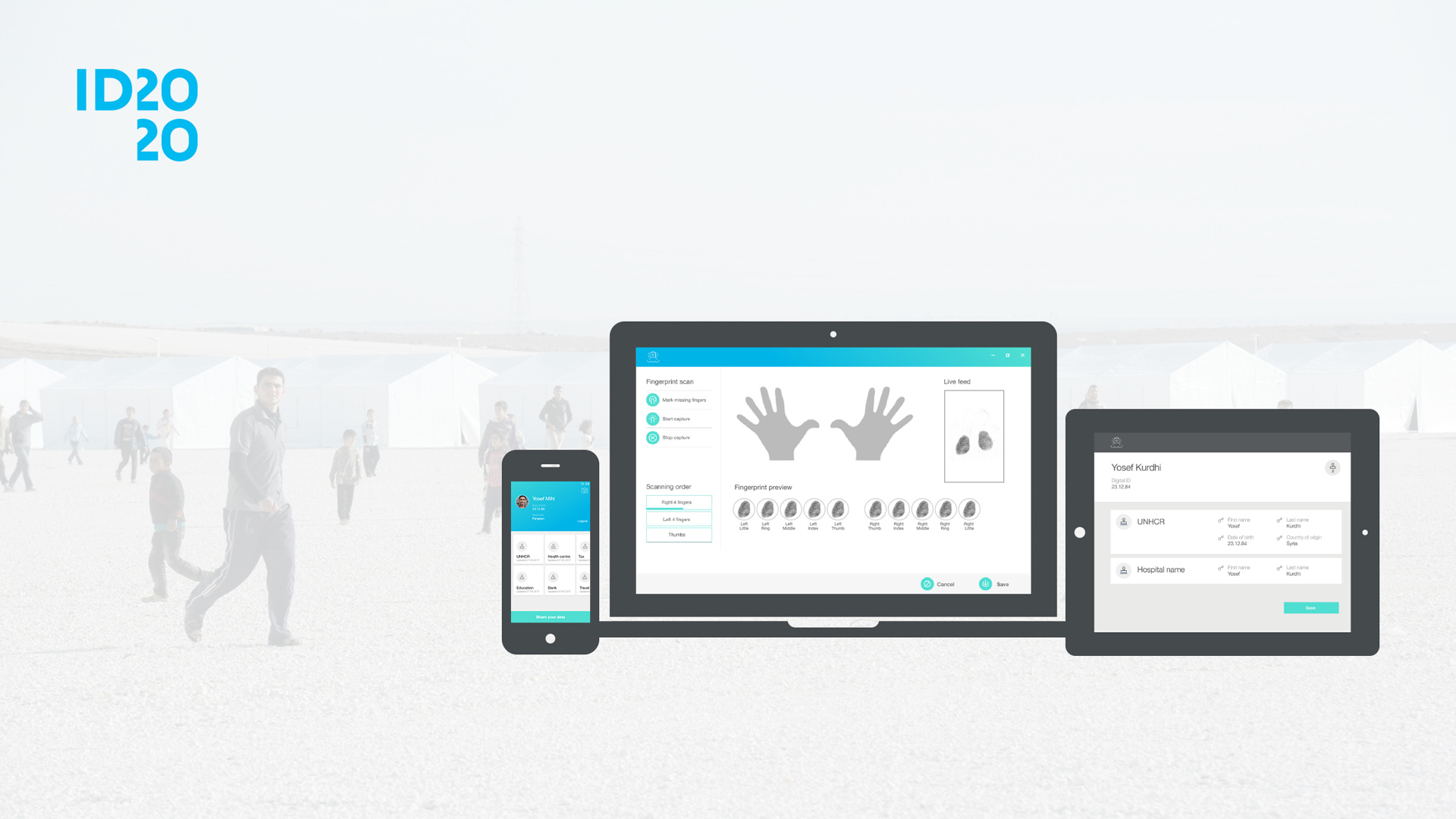 Today, 1.2B people in the world live without a recognized form of identity. This means they’re excluded from modern society, and more vulnerable to life’s perils. We believe that it doesn’t have to be that way. Our ambition was to create a unique, secure, digital identity solution for all. The design challenge was find a way to combine biometric and blockchain technologies into a simple, usable and scalable service. Despite complex, gnarly technology in the background, the solution needed to feel simple, relatable, learnable and secure for the user.

The key focus was to create a digital experience that was supremely human-centred. We embarked on two weeks of research which included a set of interviews with Syrian refugees based in a refugee camp in Turkey. This was vital for our understanding of the human impact of not having or losing your identity.

This understanding helped us to shape a solution that empowers people to own and control their identity. It needed to be:
• Personal: unique to you, and only you
• Persistent: lives with you from life to death
• Portable: accessible anywhere you happen to be
• Private: only you can give permission to use or view data

Starting with a one-day workshop, we worked through the outputs of the research and used design thinking methodology and tasks to allow the team to ideate on the problem.

We worked with the development team (Blockchain developers and technical architects) over seven one-week sprints to allow for the backend team to build out the technology. At the same time, the design team created the front end, UX and UI.

We built out several prototypes: a biometric enrolment app, a third-party app, and a mobile phone app. The key feature of the mobile app included registration, login, QR scanning to add stamps to your identity. These features empower people with the ability to choose which parts of your identity you share. We focused on a mobile phone app as an accessible way of showcasing the idea, but the goal is that a Smart Card could be used in the future.

The design team included an interaction designer, visual designer, content designer and creative technologist. Our goal was to bring the complex technology to life in a clear and usable form. This is reflected in the journey flow, the microcopy, and the clean, simple design palette. Traditional passports include markings, numbers and detail that make them difficult to forge. In the case of this digital identity, the technology in the background does this job, so the front end is all about simplicity and usability.