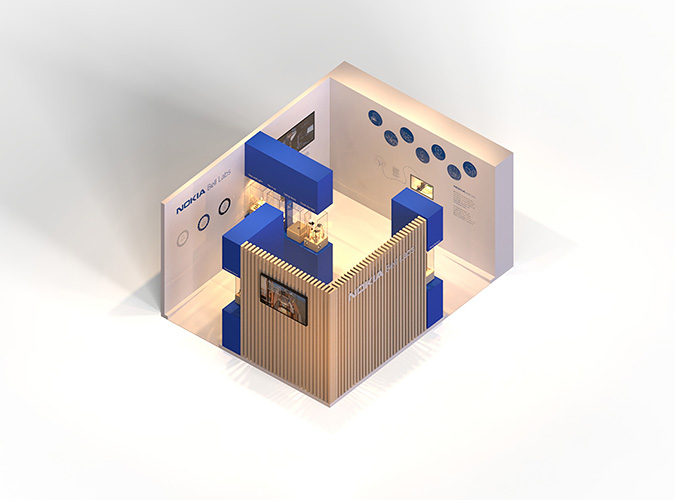 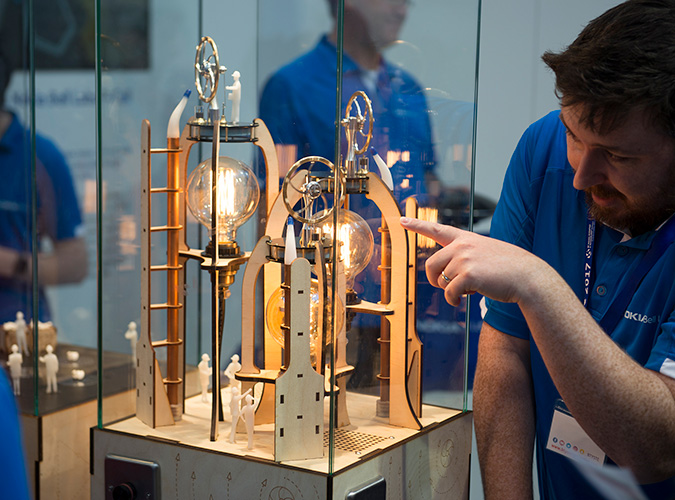 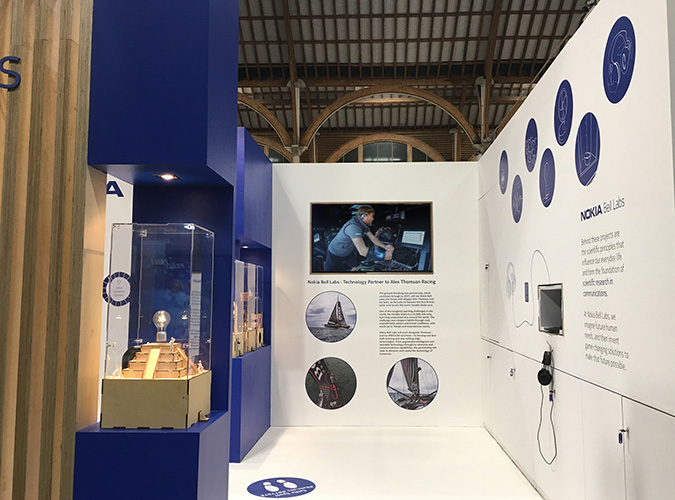 As a recurring event sponsor, Nokia Bell Labs Hardware Innovation team was tasked with creating a stall for Nokia Bell Labs at the BT Young Scientist & Technology Exhibition, an annual school students’ science competition and technology event in Dublin. We aimed to give the children at the event a science lesson they would never forget, by bringing the science from their text-books to life, whilst shining a light on the kinds of things a researcher at Bell Labs deals with daily.

We aimed to create something akin to a tradeshow of curiosities; odd installations that looked like magic, but on closer inspection revealed they were powered by the same fundamental scientific principles that surround us, and the same principles that were studied in the classroom. This way we could create an entertaining real world parallel for the science studied in school.

The Nokia Bell Labs stall was a sample of scientific oddities, featuring seven interactive demo units, relevant infographics and two screens. Accessibility and universal design were key factors in designing the stall, to accomodate a wide variety of visitors. Ramps were placed at both entrances, internal pathways were made wide for wheelchair mobility, and interactive demos were positioned at an accessible height for our audience. Other requirements were to design the stall so that it guided visitors to flow effortlessly through it, and that the space matched Nokia’s aesthetic sensibilities.

Originality/Creativity:
Each of the seven units contained a science experiment that demonstrated a fundamental scientific principle, accompanied by a fun way of interacting with it. To highlight a few:

“Crank the Heat” : Sterling engines convert temperature difference into mechanical work, allowing visitors to control the speed of the wheel rotation just by adjusting the brightness of the Edison bulbs using dimmer switches.

“Mix it Up” : install invites you to get messy and magnetically control Ferrofluid (a liquid that contains tiny iron filings) by poking, prodding and swiping around the glass booth with magnets.

“Use The Force” : a magnetic ball speeds down a massive 3D printed spiralling slide, but is dramatically slowed down as it passes through a copper pipe, where it induces a current and magnetic field that makes it fall more slowly.

Finish:
The demo units also acted as a showcase of design prototyping techniques, and served to educate aspiring engineers and designers amongst the crowds. The installation pieces were created in our prototyping lab in Blanchardstown, starting with the concept design, CAD models and prototyping. After rigorous testing (for durability, safety, and general “Kid-proofing”), the final units were created using laser cut and engraved wooden enclosures for the base, with the inner detailing making use of vinyl graphics, hand painted miniatures, and 3D printed components from a variety of machines. We imbued each unit with character and charm, framing each experiment as a busy factory with the 3D printed characters hard at work running it. The stand received an exceptionally high footfall and provided an engaging educational experience.

The Nokia Bell Labs interactive stall at the “BT Young Scientist & Technology Exhibition” is a worthy winner of this year’s IDI Universal Design Award. The team involved and the designed stall took on board age, size, ability and disability to design a fun, interactive and informative stall