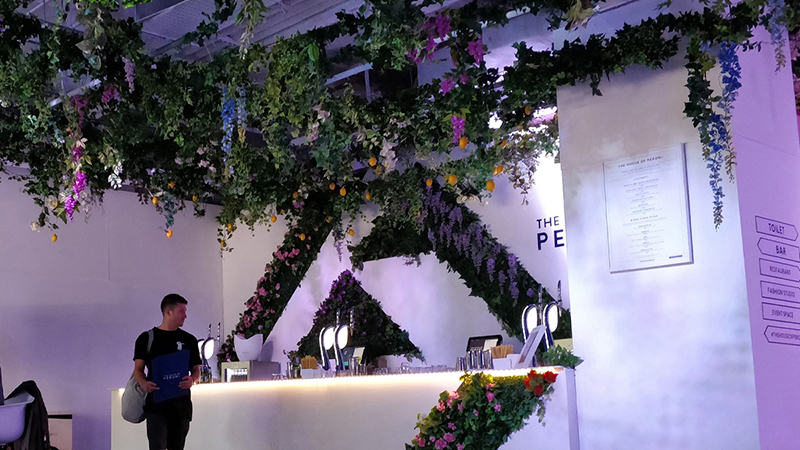 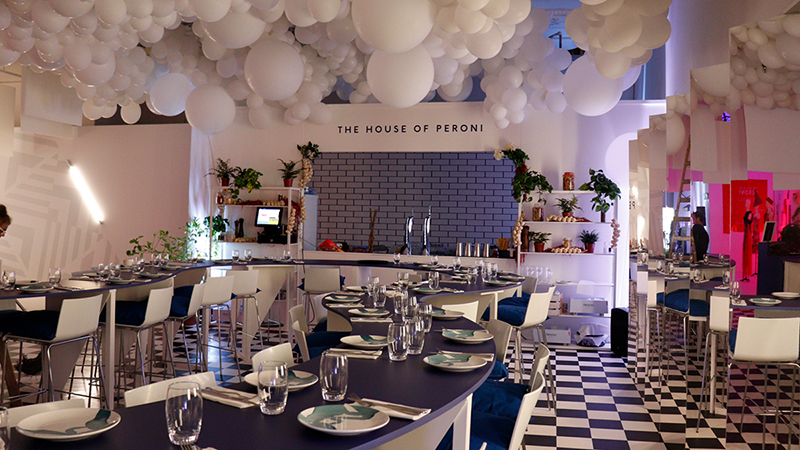 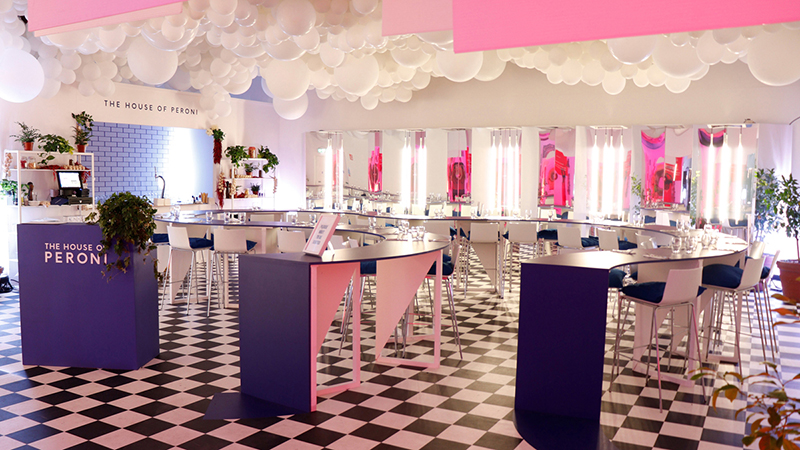 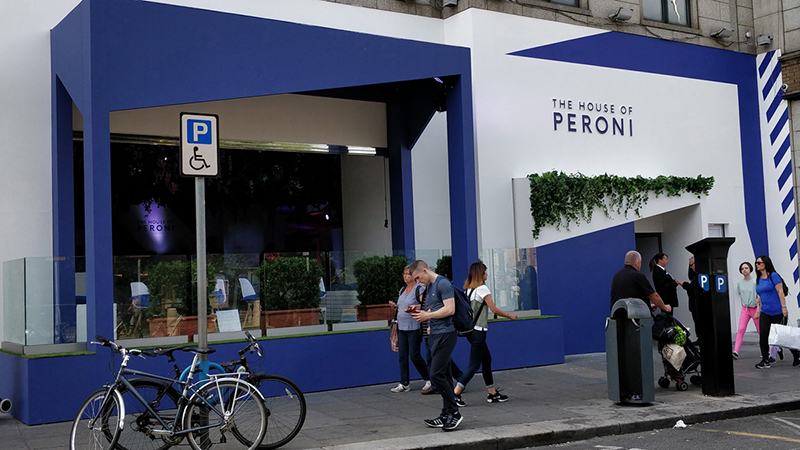 The House of Peroni Residency (THOP) brings the passion and creativity of Italy to cities around the world annually. This year’s Dublin residency celebrated up and coming craftsmanship and creativity across food, drink and fashion.

In early summer a location was chosen – a disused commercial space on St Stephen’s Green and for 2 weeks in July THOP opened to the public.

We were tasked with transforming the empty, dark and cavernous space into a bar, restaurant, fashion studio & event space. The first major challenge was the ceiling which was a mish mash of old air conditioning ducting, sprinkler systems & a patchy suspended ceiling framework. The original poured concrete ceiling was visible through this clutter and was grotty and tired. The second major challenge was the lack of natural light with only one large window in a space measuring 11 metres wide x 31 metres deep.

THOP is an incubator platform for creative talent and the home of Sprezzatura (effortless style) in the areas of food, drinks & fashion.

Peroni is a premium brand and our design solution to THOP had to resonate with a young, style conscious demographic. During the research phase of the project we found an Italian tile design with a strong, angular, geometric pattern and this became our inspiration for the overall look & feel of THOP. We turned the tile pattern by 45 degrees, enlarged and repeated it to create the backdrop for the event space. We then took elements of the pattern to create geometric foliage panels which formed the wall behind the bar. This angular look was carried through to the facade of the building where we introduced shards of Peroni blue over a white background. The front window was removed to allow the raised terrace to project out of the building with views out onto St Stephen’s green. we designed a tall, angular veranda to protect guests from weather and to add a level of drama to the facade. An entrance porch was designed with the same look and feel. Inside the building the chaotic ceiling was masked in a number of ways. Foliage was used over the bar area. Panels of white Corriboard were suspended from the ceiling in the walkway between bar and restaurant and over the event space. We injected some dreamy fun to the restaurant area by using giant clusters of white balloons to mask the ceiling and to help diffuse the LED downlighting which was necessary to bring up light levels at the back of the space. We created a wall of angled mirrors to form the back wall of the restaurant which added a sense of theatre and also helped to brighten up the space.

The focal point of the restaurant was a 26 metre curved dining table, the design of which was inspired by the blue ribbon which is central to the Peroni brand.