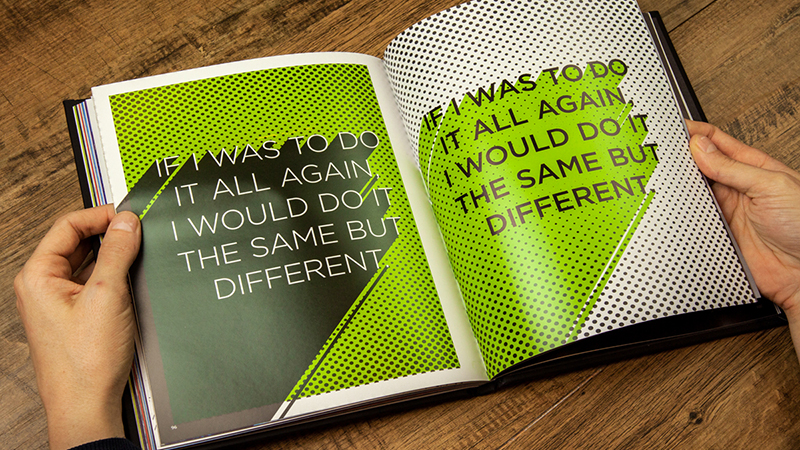 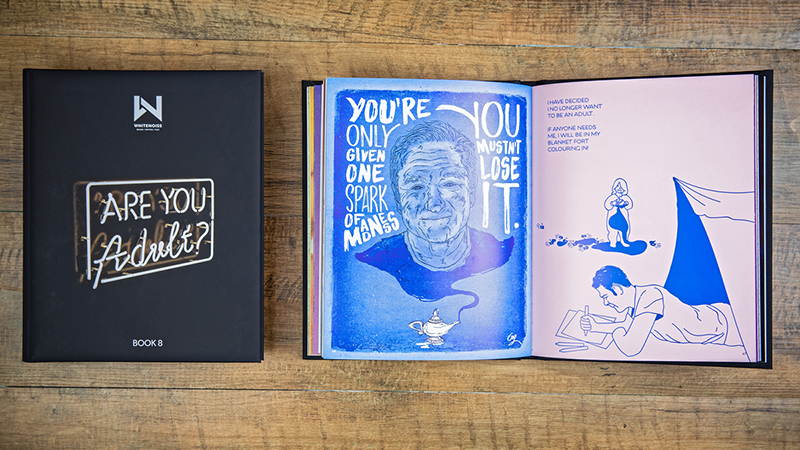 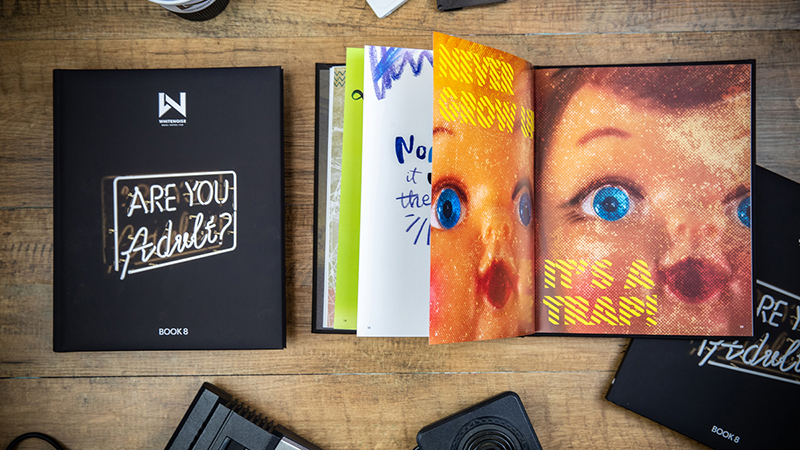 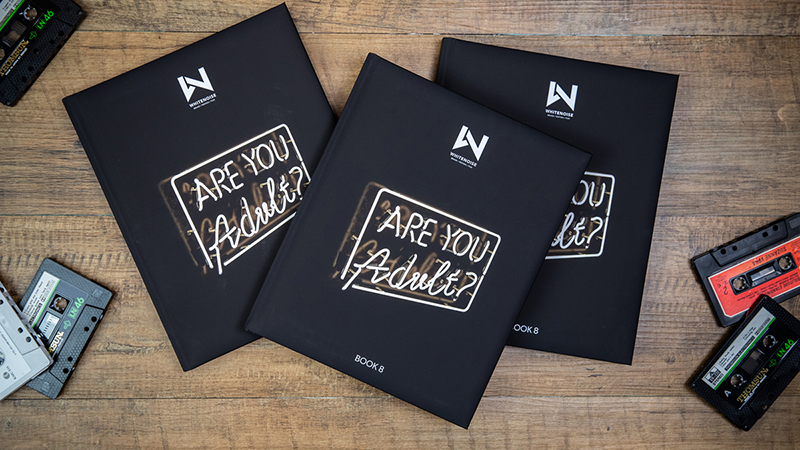 The latest in an occasional series, Whitenoise Book 8: ‘Are You Adult’ marks our 18th year in business. The theme therefore was self-selecting, with all the work based around the theme of growing up, leaving childhood behind and becoming an adult.

The book was a collective project, with the entire Whitenoise team producing content, using a wide range of techniques including hand-drawn illustration, 3D modelling, photography and Photoshop composition. The book was launched publicly at Culture Night Belfast, with over 2000 attending to view the art from the book, as well as interactive installations of a teenager’s bedroom and ‘leave your mark’ spaces.

The primary aim was to reflect on the universal hopes, fears, aspirations and pressures of growing up, with the secondary intention of showcasing the Whitenoise studio as a creative collective that contributes to the cultural life of the modern Northern Ireland landscape.

With the overall parameters of the brief established, a senior designer was appointed to curate the book and pull it all together, liaising with our printer and book finisher on paper stock and special finishes. Our design, motion graphics and film teams worked collaboratively to ensure there was no overlap or repetition in the work as it was developed, and the artwork was produced over a four month period in-between commercial client projects, or in our own time as commercial studio needs dictated.

Each designer was encouraged to both work within their own comfort zone regarding technique and approach, but also to push themselves and explore new ways of creating and working. Inevitably a degree of collaboration occurred, with members of our brand team assisting our 3D animators in typesetting copy on some pieces, and our film and photography team lending a helping hand with source photography in some other elements produced by our graphic design team.

Additionally, in line with our practice of involving placement students in the commercial life and workflow in the studio, we opened the book up two students, who both contributed their own work.

While previous Whitenoise books have pushed production boundaries with a wide range of paper stocks and binding techniques, Book 8: ‘Are You Adult?’ was kept intentionally quite conservative, with the text pages printed on 170gsm Antalis Satimatt, chosen for its high opacity and smoothness, while the casebound cover used 120gsm GPMI Magno Offset for the endpapers and 150gsm LumiSilk for the cover, with a soft-touch matt laminate giving a unique and luxurious feel, complemented by the three milimetres of foam padding used as an interlayer to give a throw-back to our old family photo albums (the original source inspiration for the book’s look and feel).

We see the production of this book and its predecessors as a contribution towards our goals of sustainability and legacy as a design studio. The very high inherent cost and perceived value of ‘Are You Adult’ ensures that it is not regarded as an ephemeral, throw-away piece of marketing collateral. Rather, from previous experience we know that this book will be retained, returned to and re-read as a pleasurable experience rather than a business task.