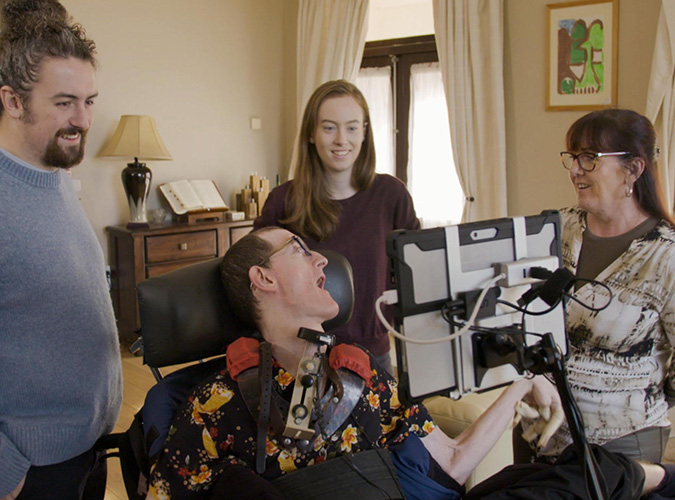 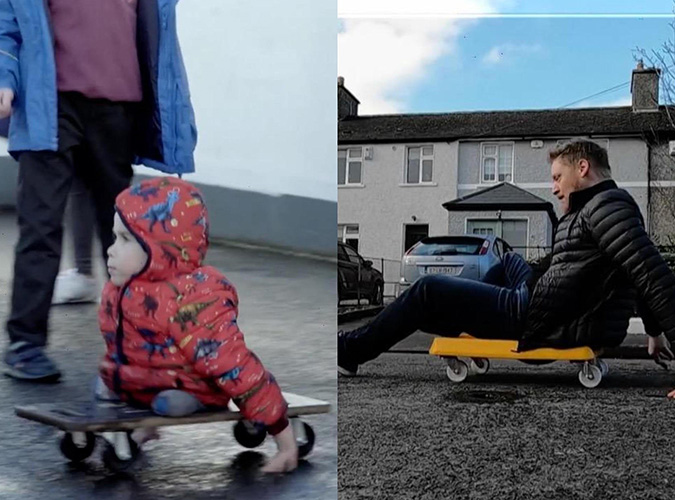 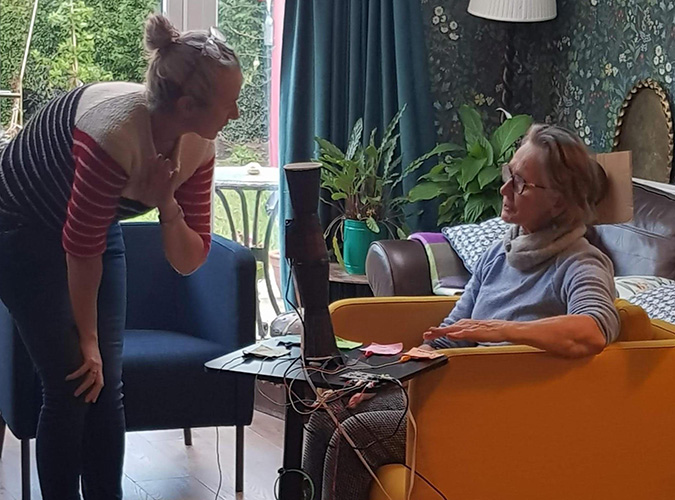 The Big life Fix is a six part documentary series aired on RTE 1 in the Autumn 2019 season. This project was hugely ambitious and experimental, bringing design innovation into a viewing forum. Design is not typically a spectator sport, so this was a high risk project. The show concept helped forge a unique alliance as RTE, Kite Entertainment, Studio Lambert and Science Foundation Ireland work together to commission, produce, fund and bring the series to life. Kite partnered with a number of health focused charities to identify 12 participants that would share their stories and take part as co-creators. A team of ‘experts’ were assembled from the fields of design, engineering and computer science, to work through an accelerated design process, to conceive, concept and realise bespoke solutions that would significantly improve the quality of life of participants. Each ‘expert’ worked collaboratively with a spectrum of experts from neurologists to fashion designers and craft furniture makers*. This purpose-driven collaboration insured the series and the projects delivered extraordinary impact within unique constraints.

The significance of the program has been marked by a massive upsurge in public awareness of the role design can in innovation. Exposure of this scale for design is rare, and to have a platform such as national broadcast television showcase not only design but the design process in great detail is unprecedented. Public sentiment following the shows airing was dominated by comments of how undervalued design is generally and how it needed to be celebrated and promoted.

Finally, a number of the projects are continuing development through collaboration between the experts and supporting companies. Early discussions are taking place regarding the introduction of the series as part of the education curriculum.

This was an ambitious project in terms of scale, extremely tight production deadlines, and in some cases, the deteriorating health of participants. Over one year, the series followed eight ‘experts’ as they attempted to understand the unique challenges faced by the participants and then move rapidly into concept development, experimentation and a humbling dose of trial & error. This was a challenging process for participants, often asked to try things outside of their comfort zone. The prototyping phase saw the solutions refined, and first-of-their-kind, safe, robust and reliable solutions developed. Added to the complexity, the entire process had to be captured on camera, meaning projects had to be carefully planned to align with crew and participant availability and project scheduling. The brief to the ‘experts’ was simple – immerse in the participant lives to understand their challenges and design a solution that will make a meaningful improvement in their lives.

Over 45 minutes, across six episodes, two participants and the experts working with them were introduced to viewers. These participants had debilitating and often progressive medical conditions ranging from Alzheimer’s Disease and Multiple Sclerosis, to Motor neuron disease and Caudal Regression Syndrome. Each episode tells the story of how the ‘experts’ worked to understand the participitants challenges, meet doctors, medical supports and researchers and then proceed with designing, prototyping and producing an solution.

Each of the 12 projects were novel, bespoke and highly innovative. The 12 projects were universally considered to have exceeded the participants expectations and those of their families, carers and clinical teams.
It was agreed at the outset, that no commercial gain should be made from the solutions produced, and therefore no patent protection was sought. Since airing, many viewers suffering from similar conditions have contacted the series to express both their gratitude as to how the conditions were portrayed and to enquire about accessing the solution for their own lives, or supporting its development. The 12 projects produced as part of the series were;

Shop window for the ‘power of design’. Changing peoples perception of what design can be/can do