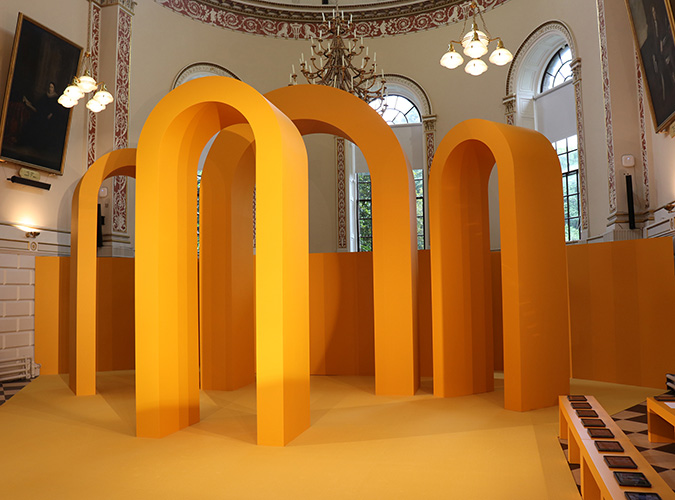 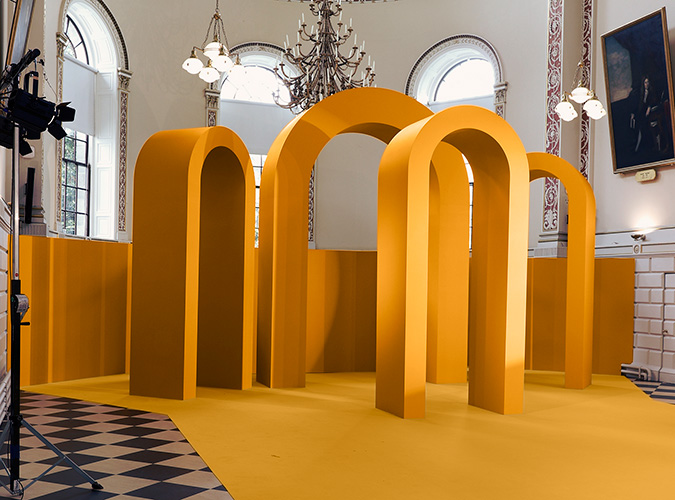 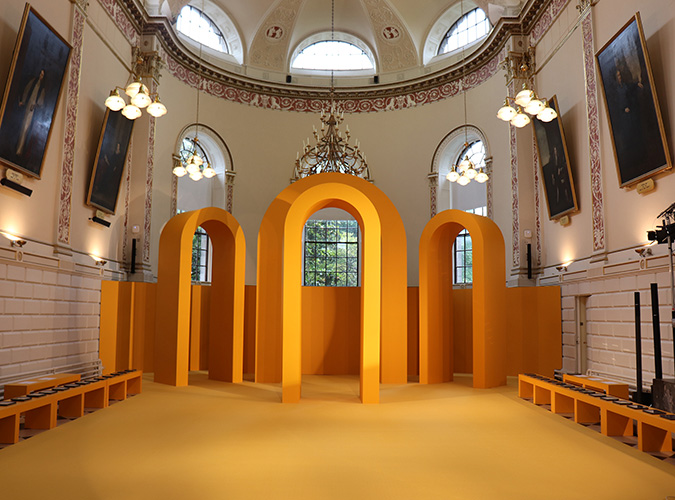 Brown Thomas fashion shows are the most anticipated events on the Irish fashion calendar. Their spring/summer and autumn/winter shows had been taking place in their Dublin store for a number of years but in 2019 they decided to move the event to a new venue and the Exam Hall at Trinity College was chosen for their AW19 show.

The challenge of the brief was to design a fresh, contemporary fashion show set based on arches which would sit comfortably within a vast 18th Century building of granite & Portland stone with it’s vaulted ceiling and decorative plasterwork. There was also a relatively small-time window for installation which became a major factor in determining the set design.

The intent was to insert a bold, confident set into the space, the scale and shape of which would complement its surroundings.

The concept was to create a set comprising 3 overlapping backdrop walls to create model entry & exit points and 4 freestanding arch structures to create depth and add a sense of drama to the show.

The positioning of the backdrop walls created openings which allowed for model entry and exit while blocking audience sight lines to the backstage area.
The height of these walls was critical as they needed to allow an unimpeded view of the three large round headed windows opposite the entrance doors for guests upon entry while concealing models and back stage staff working on the raised stage area directly behind the backdrop.

The arches were used to determine the walking route of the models, adding a touch of theatre to the show.

The mustard colour was used on all elements of the installation – the backdrop, arches, bench seating and carpet to provide a unified composition. The form of the arches spoke to the existing aesthetic of the hall while their pared back style allowed them to sit comfortably in a space chock-full of ornate detailing while also asserting its presence within the larger volume of the hall.

A striking and contemporary structure in a beautifully traditional setting. The arches perfectly reflect the symmetry and strength of the 400 year old structure surrounding them