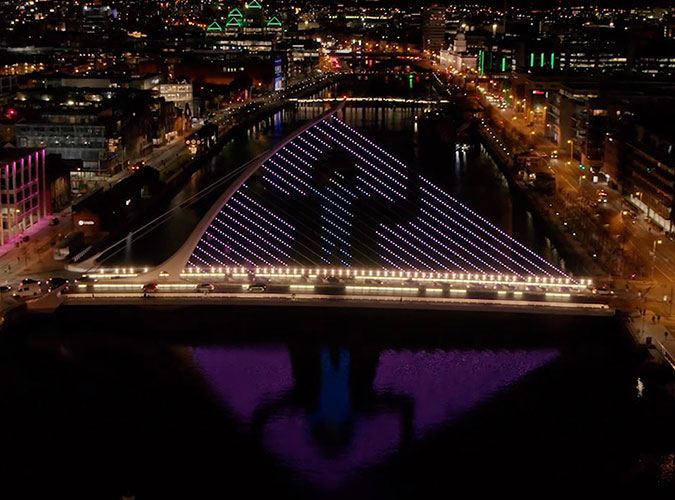 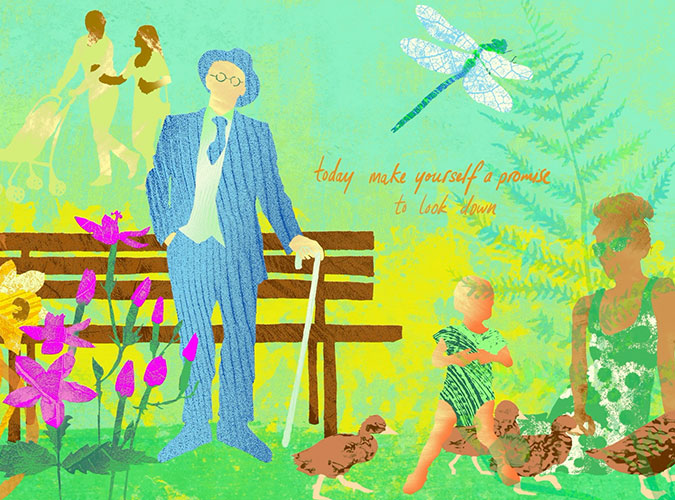 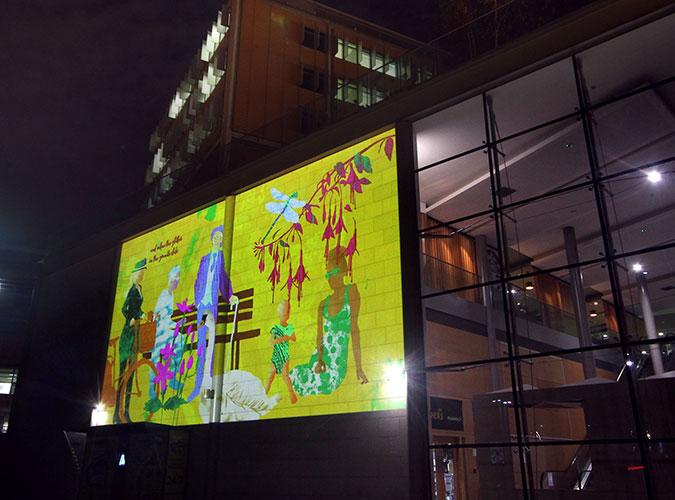 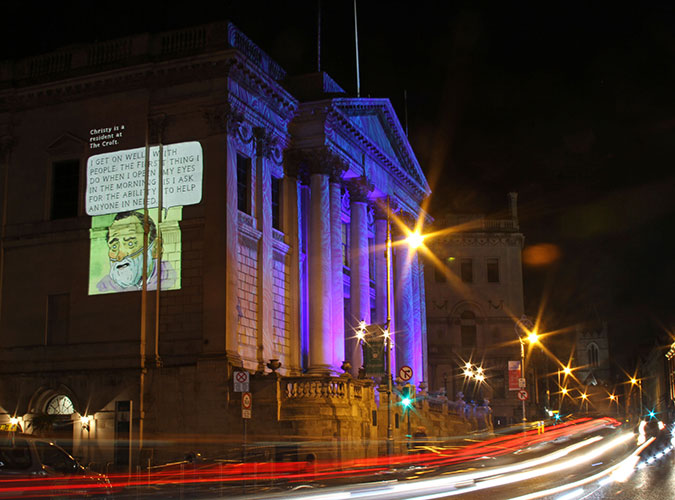 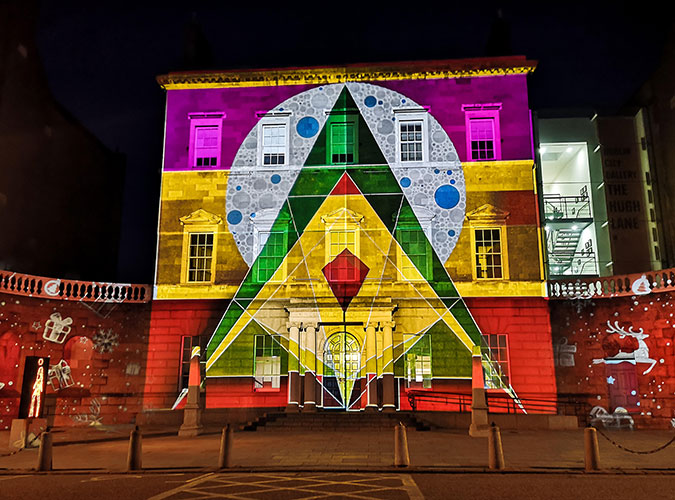 “The pandemic was the first major challenge, with all workshops having to move to a digital space. Each pairing had facilitators who previously worked with the groups making the process much smoother. Each site had it’s own history and each group it’s own take. Bringing all these ideas together to create a final piece is the unique challenge for these community projects, especially as for many this is their first time experiencing such a project let alone participating in it.

With so many moving parts keeping an eye on the deadline, buy in from key stakeholders, as well as the technical aspects of physically getting the work up was key to the project running smoothly on top of the additional of the technical aspect of ogranising weekly group zoom calls with people of varying computer skills.”

“Winter Lights was a huge success for DCC and a key part of their event calendar. It brightened up the city and brought many citizens into the city centre during the middle of some very dark days of the pandemic. People were able to engage with the works safely, in their own bubbles and their own time, all outdoors with plenty of space. The event recieved national coverage in the media and saw very positive uptake on social media.

For the participants there was a huge sense of ownership and being able to give to their city, the pieces created by Dubliners for Dublin gave a huge sense of pride. For many it was their first creative endeavour, several said they had never taken part of anything like it before and that they were looking forward to the next one. They felt represented in the city, delighted with the end pieces and rewarded with experience. DCCCCs mantra of connection through culture rang true for all involved.”

DCCCC pairs creatives with community groups to create these works though a series of workshops and sessions where ideas are formed into the final works. This year, DCCCC with artistic director and designer Stephen Mac Devitt, brought together a mulit-disciplinary team which consisted of an illustrator, a design educator and visual creative, a visual artist and inventor and a dance choreographer. These creatives worked with diverse Dublin based community groups such inner city education services, nursing homes, schools and members of DCCCCs own programmes.

Working with Dublin City Council Event’s team and the production company Event Co several locations were agreed upon for the works. Each presented it’s own opportunities and challenges, and through careful section the creatives and community groups were paired with the sites.

By the very nature of the multi-disciplinary creative team and the range of communities being worked with, a wide variey of work was created. The pandemic, community, strength and resolve, as well as the Christmas, all featured strongly in the works. On City Hall Illustrator Alan Dunne created an illustrated graphic novel of the nursing home residents. Artist Helen Barry and HACE created a shadow puppet story of a Dublin Christmas in the pandemic. Stephen Mac Devitt and Synge St transition year students created a geometric Christmas tree for the Hugh Lane Gallery inspired by Harry Clarke and Sean Scully’s work. Ben Readman and the National Neighbourhood group created a four minute animation of the season in the city that brightened the Mater Hospital’s exterior with colour. Aoife McAtamney created a four minute dance piece filmed and animated by Stephen Mac Devitt for the Samuel Beckett bridge.”

introduced people to the design process as it can be- fun, instinctive and rewarding.