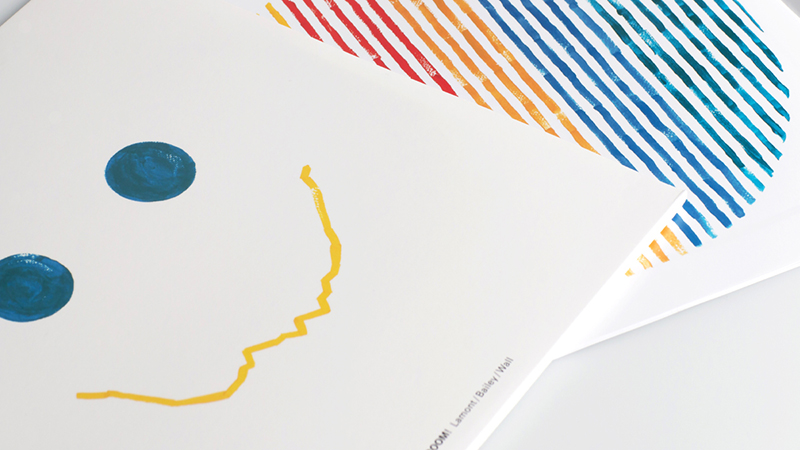 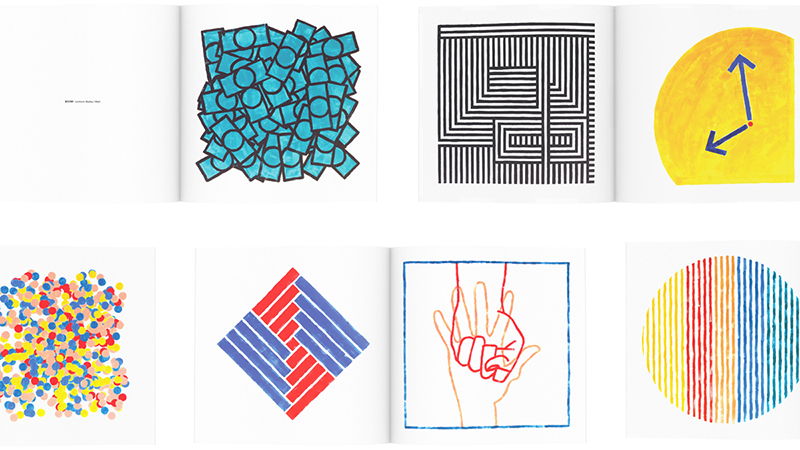 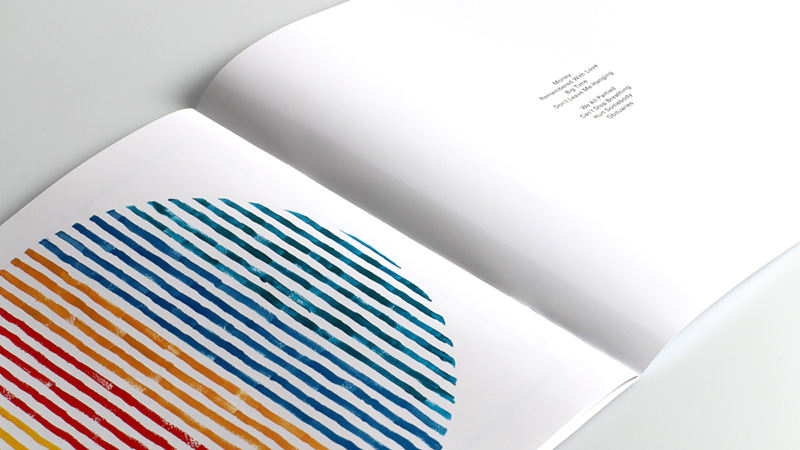 When Lamont/Bailey/Wall began the work that would eventually become their debut LP BOOM!, the country was in the midst of the recession’s bleakest days. Out of this came a surprisingly up-beat pop record, for which we created a hand-painted cover and insert booklet. The challenge was to reflect the apparent contradictions in the music and to make them central to visual outcome.

“When we started writing this album, Ireland was in the cold, dark depths of recession. Friends were forced to leave the country, or stay in jobs they hated. Houses that had cost everything were worth nothing. It seemed like everybody we knew was on the dole for the first time in their lives, ourselves included. It was shit. But there were positives. Parties popped up in strange places left exposed by the receding property tide; we heard amazing music; life went on. In the midst of all this, we were conscious of the need not to write only about the recession, but also about the whole crazy cycle of boom-bust-boom. We had all already lived through one manic upswing and we knew that, after the cruelty, another one would be along soon.”

This passage makes up the introduction to the liner notes of BOOM! by Lamont/Bailey/Wall. The album tells sad, upbeat stories about easy mortgages and life in a recession. We wanted our work to connect in a meaningful way to the intent and outcome of the music: we felt strongly that this short pop record carried weight and meaning that spoke to our own recent experiences.

For each of the eight songs on the album, we created a visual interpretation; from an abstract sense of confusion (Remembered with Love), to a literal representation (Money). We then worked with illustrator Leah Bredendieck, meticulously executing these as a series of eight hand-painted illustrations. These were then photographed and edited by the wider team and incorporated into the final album artwork. A 12″ insert booklet simply carries an unadorned image for each song per page.

For the cover, we wanted to reflect the happy pop record as well as the context for its creation, so the smiley face on the cover’s mouth is a graph of house prices in Ireland from 2007—2017.