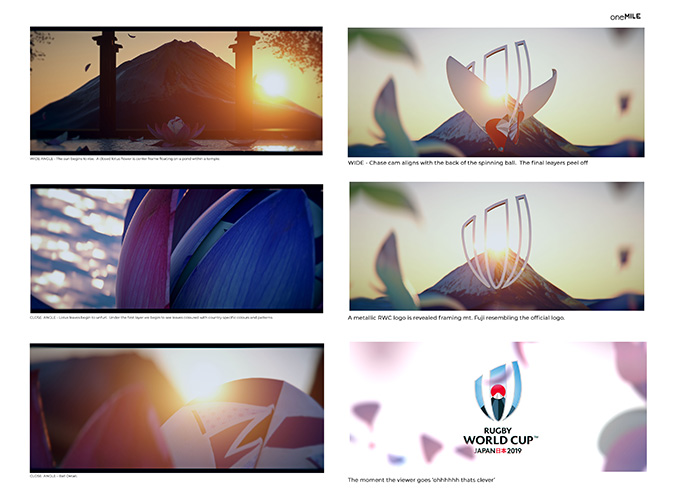 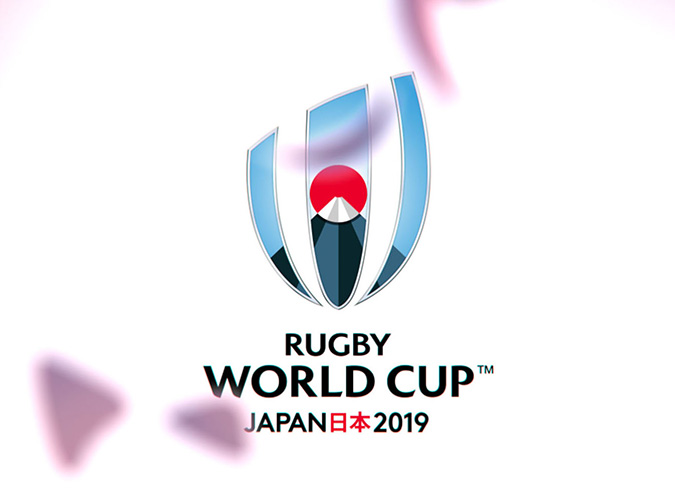 We were asked by eir sport to create a title sequence & production package for their coverage of the Rugby World Cup held in Tokyo, 2019.

The concept had to set eir apart in tone and identity from competitors RTE who would also be broadcasting key matches from the event.

As well as an exciting 60″ title sequence, we were asked to produce a tool kit to be used for identifying matches which would be used during live shows and to create promo material by the production team.

This meant that we had to come up with a mechanism that would work for both a title sequence but also as an identifier to different events.

We love sport broadcast for the simple fact that it is designed to excite viewers. We wanted to create something that would be remembered fondly by the audience and have a lasting impression.

Working as a team of two, myself Donovan Delaney and Diego Cardoso’s focus was the create a sense of drama & epicness only found in worldwide sporting events.

This was a chance to create something that would be remembered in the collective conciousness fondly, something that in 10 or even 20 years, one could see it again and assosiate it with the nostalgia of the time. This would be something we worked towards with a huge sense of pride and duty.

After many concepts exploring the symbology of Japan we settled on the idea of the blooming lotus flower, which in Japan is associated re-birth. The reason for this, as well as the symbolism, was the concepts ability to deliver as both a title sequence and a tool kit mechanism that was adaptable on a daily basis – using leaves from the lotus as Itentifiers for matches.

In July of 2019 we began our production based on previously delivered storyboards. The animation would take place in Cinema 4D, rendered in Octane and finished in After Effects. Music was composed and we had outlined our delivery targets.

A lotus was created with a Rugby World Cup ball at the center as the flower. Surrounded by team leaves the lotus sat in an old temple at the base of Mt. Fuji. As the sun rose, a gust of wind would send the lotus skyward spinning towards the summit. Leaves would peel off the flying lotus as the camera flies through them illustrating historic moments of the event over the past 100 years. Once the lotus reached the summit of the mountain the final layers would stip back revealing the World Cup Logo framing Mt. Fuji.

We worked tirelessly over the course of summer to create a sequence that would impact the viewer in a meaningful way. As we worked we kept a constant image in our heads. The idea of a young couple or friends sitting down on an early weekend morning excited for the days fixtures and this sequence being the siren song of a brilliant and exciting day to come.

Beautiful execution of the design