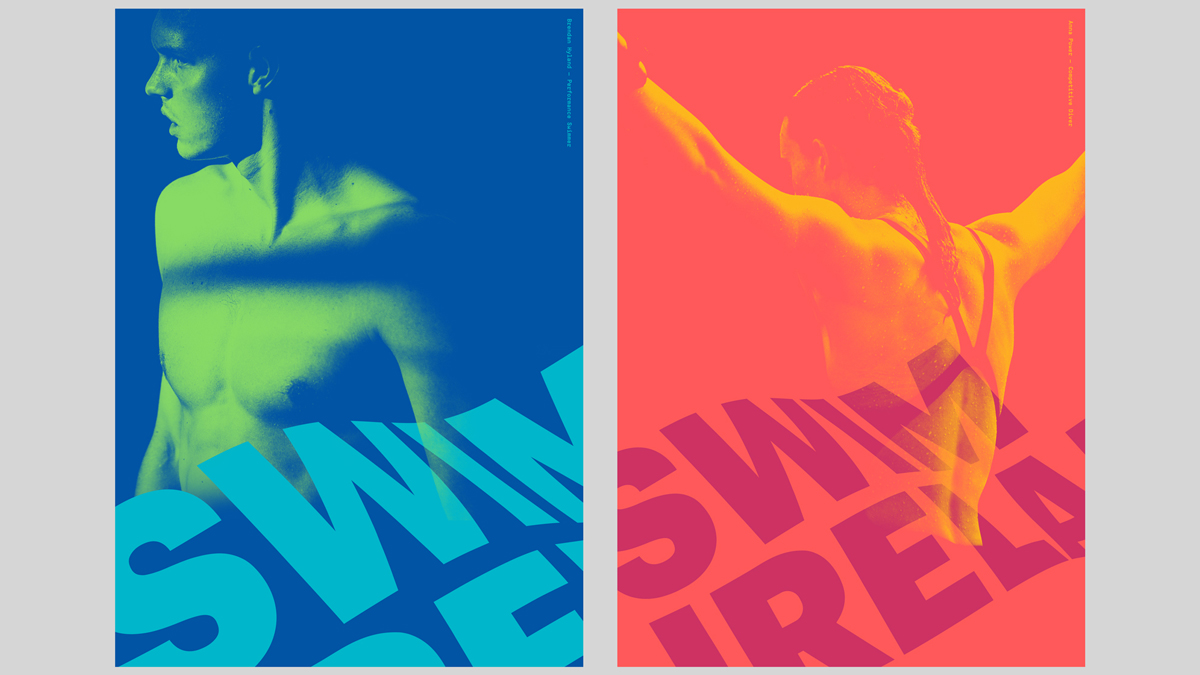 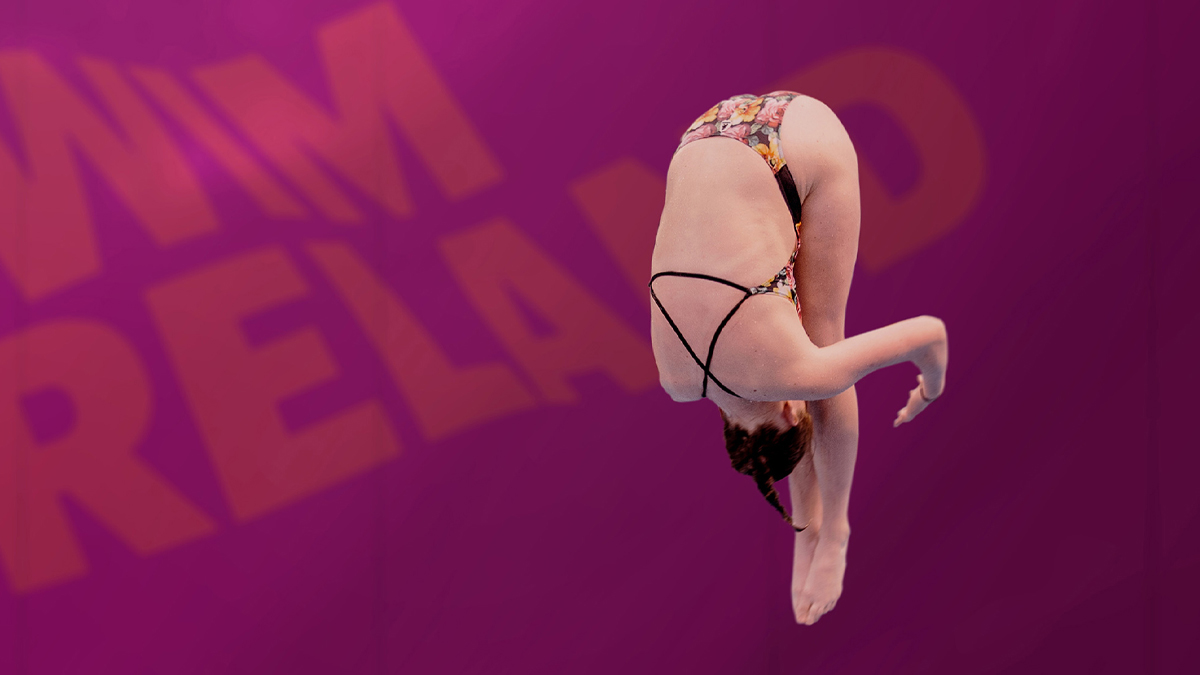 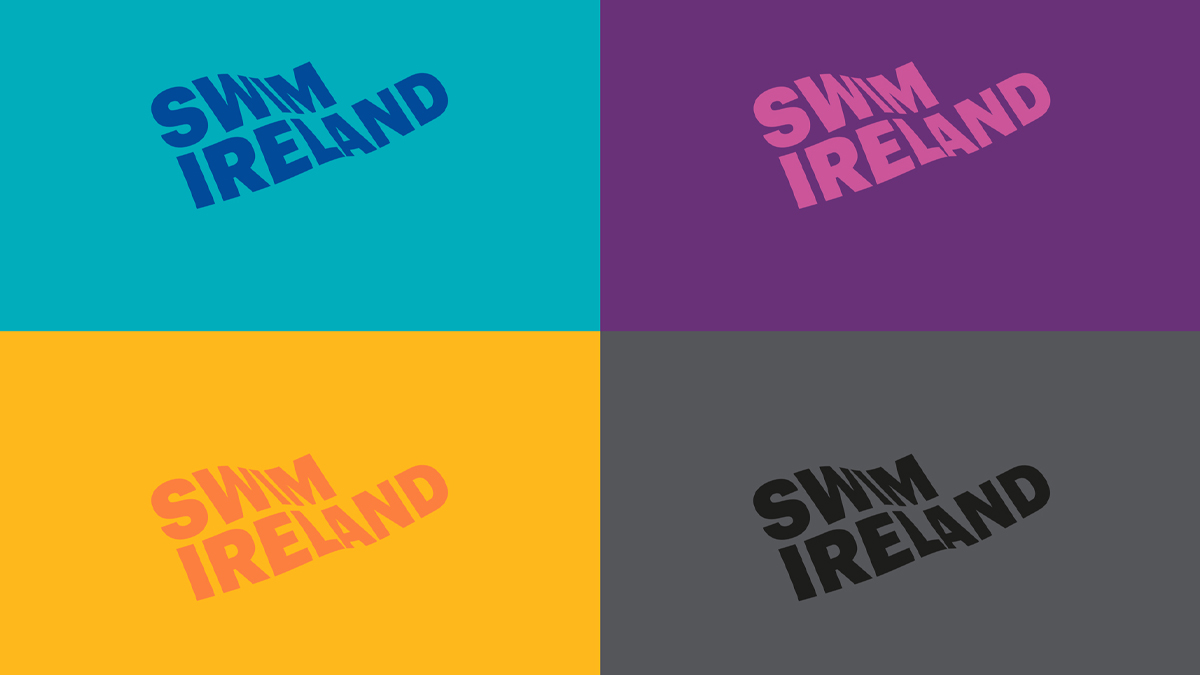 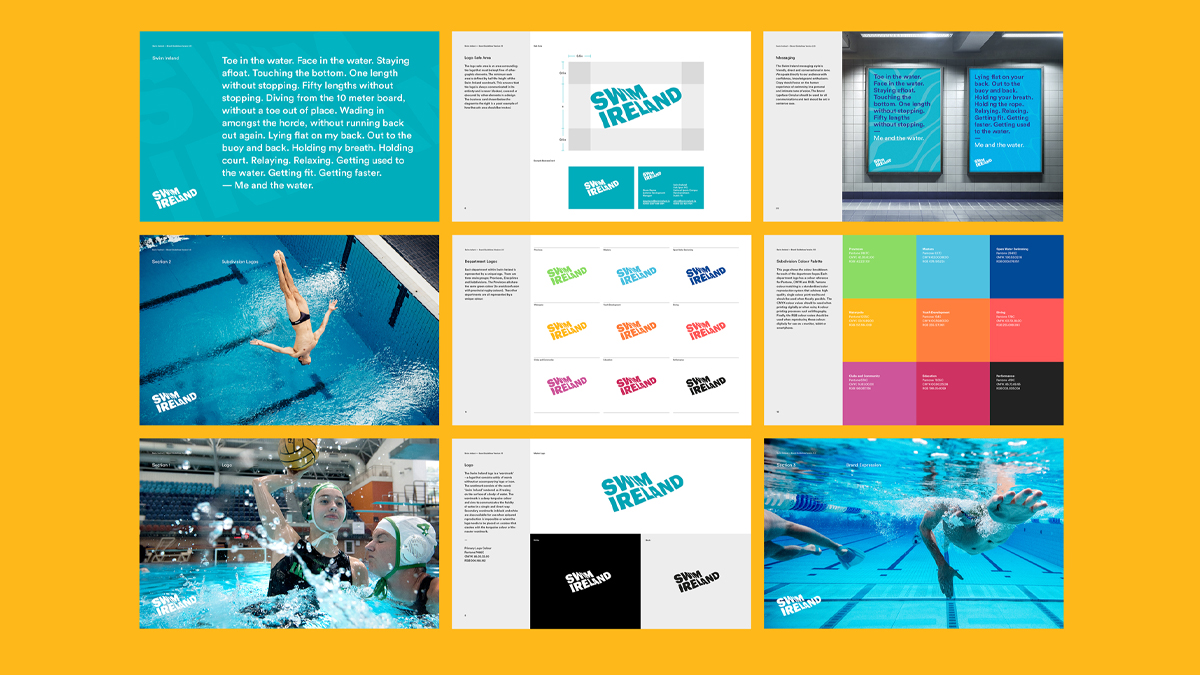 Atomic were tasked with developing a new visual identity for Swim Ireland, the national governing body for swimming, water polo, diving and synchronised swimming. The key design challenge was to create an identity that was flexible enough to represent the range of water sports under the remit of Swim Ireland, and to develop an inclusive brand and tone of voice able to accommodate Swim Ireland’s broad user base. We also wanted to create a brand devoid of clichéd representation of Ireland. As a traditional NGO there were many stakeholders involved which posed an additional challenge when pitching a contemporary design solution.

Our first step in fulfilling the brief was to develop a tone of voice for the brand which resulted in the ‘Me and the Water’ brand manifesto. This helped define the values and commitments of the organisation and provided a solid conceptual base upon which the brand could be built. The manifesto itself is a short written piece that captures the range of unique personal relationships we all have with the water. The tone is warm, optimistic and inclusive.

A key part of the brand development was the creation of a new logo. We decided to avoid using a figurative representation feeling it was too narrow a focus and unable to represent the full breadth of the organisation. Instead we focused on creating a word mark that embodied water’s unique sense of movement. We experimented with warping letterforms by hand and capturing the results on a mounted camera. These experimentations ultimately led to the final logo.

Colour plays a central role in the expression of the brand. Swim Ireland has a number of separate departments and colour is used as a visual differentiator, with each department assigned a version of the logo set in a different colour. Beyond the logo, a range of colours are used across the brand. Our aim was to create a bright, energetic and exciting visual tone.

We developed a distinct approach to image making with two specific approaches to capturing photographs. The first was up close to the subject and cropped dynamically to suggest a sense of intimacy and make the viewer feel like they’re in the water. The second was wide shots that captured the wider landscape of swimming, from open water environments to Olympic sized pools.

The brand was then applied to various elements from environmental branding in the National Aquatic Centre and vehicle livery, to a brand book publication and a series of promotional posters.